by bricksathome
Hello and welcome to the Black Sea Merge development topic!

We've noticed that despite our best efforts to explain the situation in various other topics, many of you are confused/complaining about the current state of ProMods and the Road To The Black Sea DLC.
This development thread aims to answer your questions and provide updates as to the current progress of the RTTBS merge.

What is our plan?

Simply put, ProMods 2.43 is simply a compatibility update for ETS2 v1.36, there is no new content and the RRTBS DLC is overwritten by the old ProMods areas.
ProMods 2.45 will include the RTTBS DLC merge, and we expect this will take around 2-3 months to finish.

Why will the merge take so long?

2-3 months is actually a similar length of time as the Beyond The Baltic Sea merge from last year; We've identified 12 connecting roads that we need to build in order to connect the ProMods map with SCS's RTTBS DLC map. Many of these connections have their own challenges to overcome with places either being dramatically misaligned or at vastly different heights. Each will take at least one week to create with a few taking longer due to their distance, any new custom border assets being required or that they require a new city to be built from scratch. Below is a map showing our plans for the RTTBS merge. 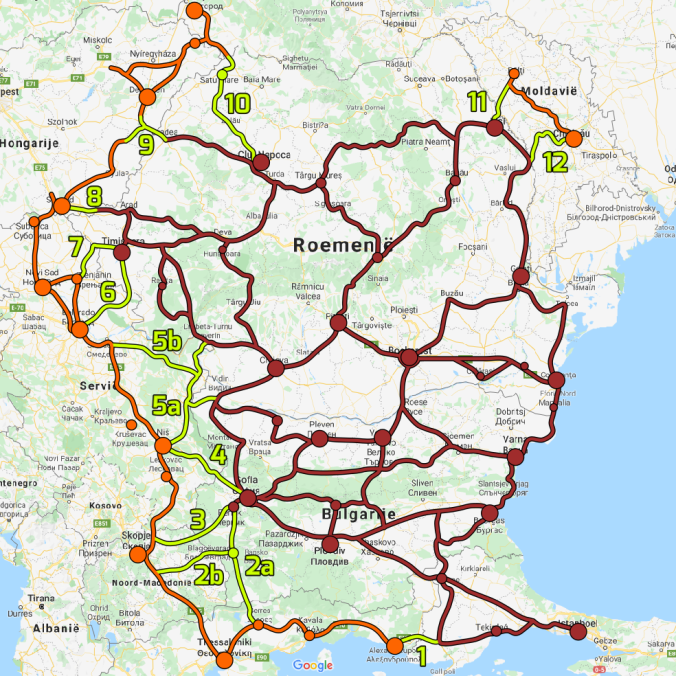 Current Progress
At the current time we've already started to make good progress with merging the Black Sea DLC, here are some (still very WIP) images of it: 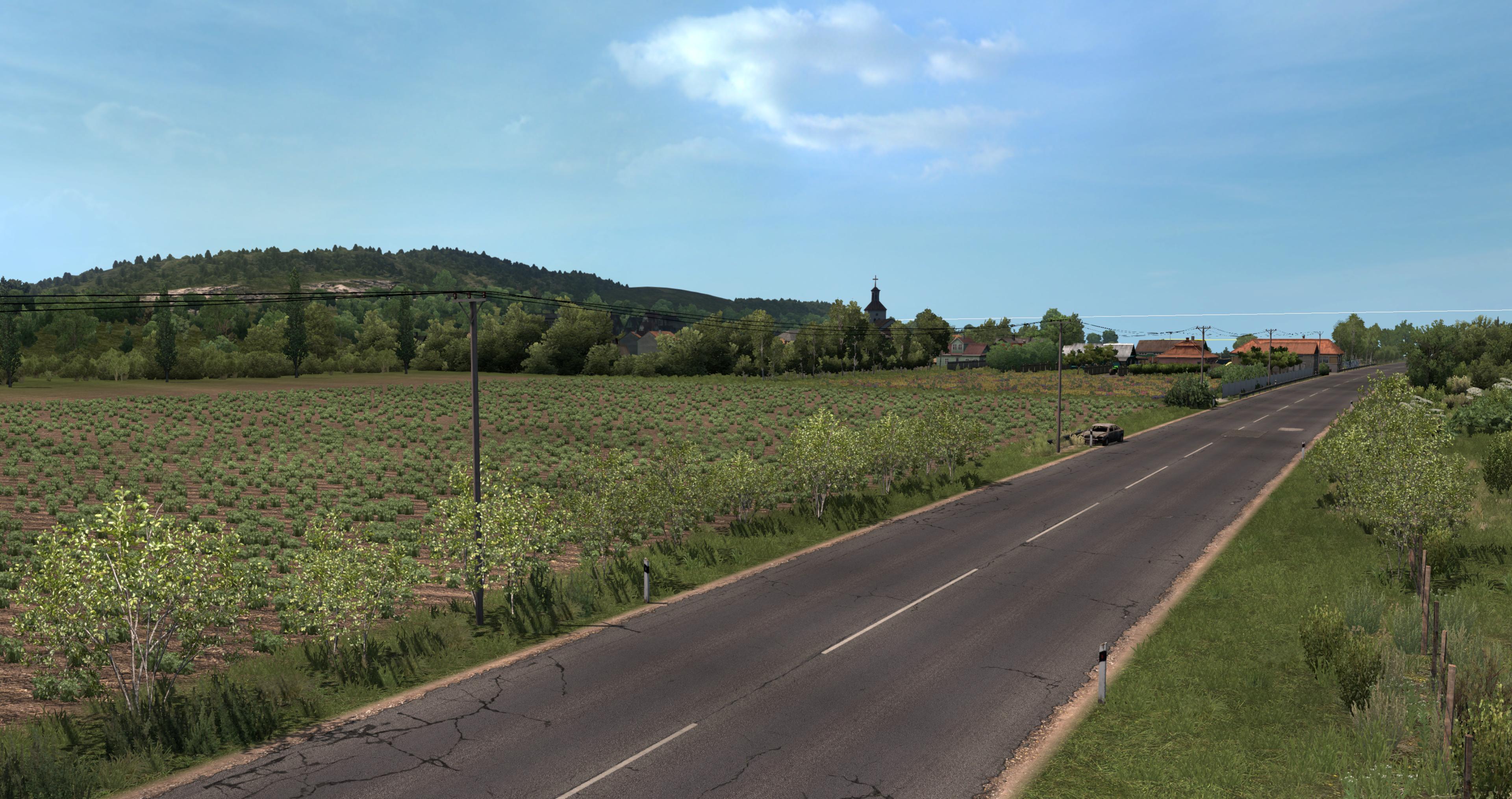 by RobertKNL
Thanks for the explanation! Tbh, I too was surprised when I heard the conversion could take 3 months, but now I saw all the road connections you must create and it all makes sense. Good luck to all involved!

by andmas199
Really like your plan to add so many crossings. Only thing I would add to your map is the road from Komotini (Greece) to Plovdiv.
Will you add more roads to the region in the future?

by Shiva
Whoa! You'll do the Pernik to Skopje via E871? Nice! "3"
Alexandroupolis to Keşan, Edirne. "1". I do think that the map does not show all the work needed in that area.
Atleast what I have checked by teleporting, using saved coordinates.
For me it seems that the merging work will begin between Kavala and Alexandroupolis, as minimum. So the road between the cities could be considered green too.

Iron Gate I, connection too <3

I'll see forward to the merge and the new connecting roads

by TimG95
You already did a good job with merging the road to black sea content.

The problem is also that SCS forgot many cities and important roads especiallly in Romania, e.g. Arad, Oradea, E58 with Baia Mare and Satu Mare ...

by ScuL
Because SCS is a business with a schedule and a deadline, and we are a group of modders that do it for fun with no restrictions and deadlines There is a 13th: Dimitrovgrad-Haskovo-Kurjali-Komotini road has been missed.
All times are UTC+01:00
Page 1 of 43
Powered by phpBB® Forum Software © phpBB Limited
https://www.phpbb.com/